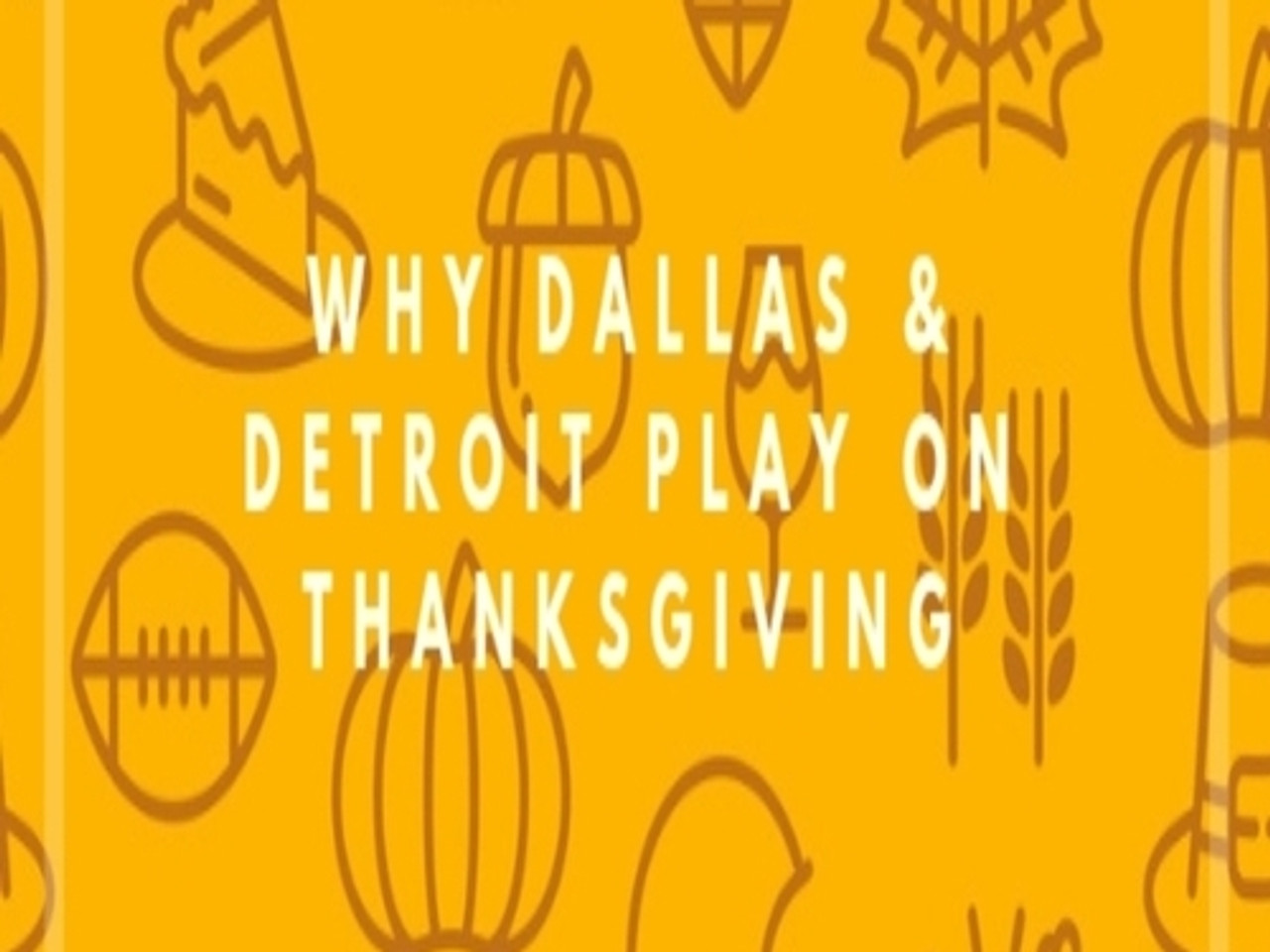 Why the Lions and Cowboys Play on Thanksgiving

Why the Lions & Cowboys Play on Thanksgiving


As the calendar turns from October to November and we regret all the candy we ate, thoughts turn to the Thanksgiving feast thatâs just weeks away. With Turkey Day comes the NFL tradition of the Detroit Lions and the Dallas Cowboys playing a mid-week game against rotating opponents. But why do the Lions and Cowboys always play a game on Thanksgiving? Whatâs the story behind it? Settle in while we tell you a tale.

The year was 1934 and a young football team called the Portsmouth Spartans was bought by Detroit radio entrepreneur, George A. Richards, and relocated to the Motor City. George needed to make a big splash to draw fans away from the juggernaut Tigers, who were dominating baseball at the time, so he proposed the idea of a Lions game held on Thanksgiving and broadcast around the country. Using his media connections, Richards got NBC to broadcast the game nationwide to a captivated audience. He even sold out the game after struggling to get fans into the stadium in games past. The game was a hit and Richards turned the Thanksgiving game into an annual Lions tradition. Fast forward over 80 years later and the Lions are a Turkey Day mainstay. Theyâll play the Chicago Bears this year in a rematch of their first Thanksgiving game.

Not to be outdone by Detroit, the Dallas Cowboys jumped at the chance to get in on the Thanksgiving publicity in 1966. Having joined the NFL in 1960 as an expansion team to replace the Texans, who left town for Kansas City, the Cowboys werenât Americaâs team from the get go. In fact, they struggled to win games in their first several seasons. 1966 was a turning point for them, however, when they made the NFL Championship game. Many credit their Thanksgiving Day appearance against the Cleveland Browns as the teamâs national introduction, and the teamâs Thanksgiving Day tradition was born. Dallas will play their rivals from Washington in this yearâs matchup.

To get other fanbases in on the fun, the NFL expanded their Thanksgiving Day coverage to include a third game with rotating participants starting in 2006. This year itâs the Falcons and the Saints, and last year it was the Redskins and the Giants. Weâre likely to be napping on the couch by the time that third game rolls around, but weâll be sure to watch the NFLâs two traditional Thanksgiving teams take the field.

Who are you rooting for in this yearâs Thanksgiving Day football games? Do you have any sport traditions for the big day? Let us know in the comments below!