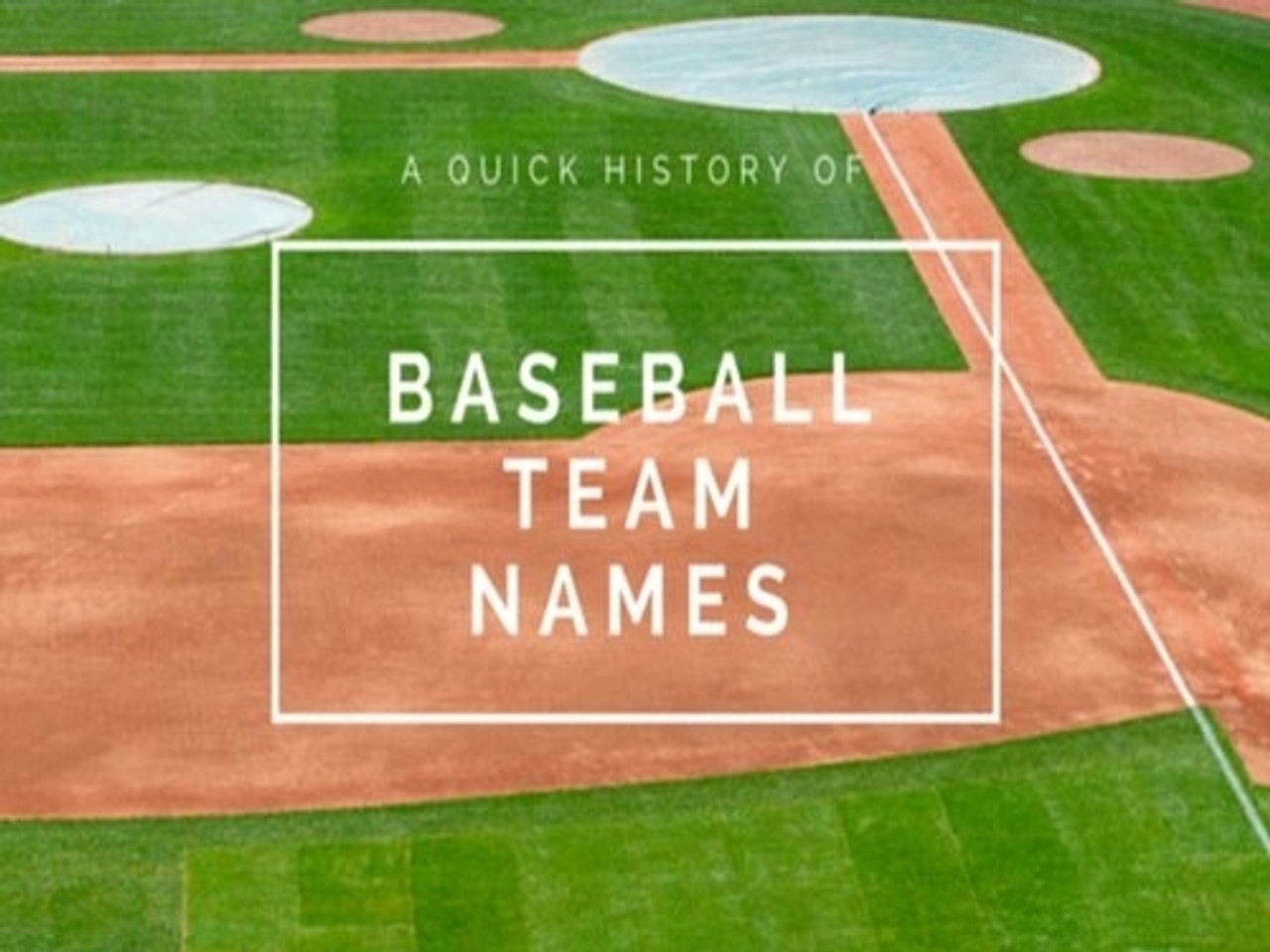 How Some Baseball Team Names Came to Be 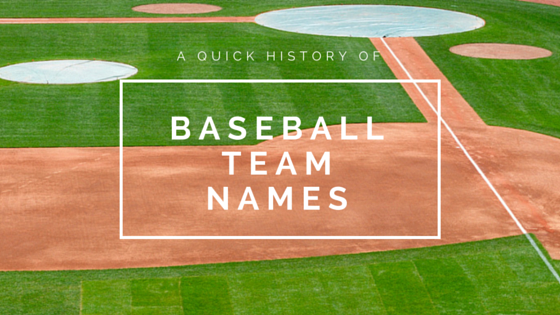 How Some Baseball Team Names Came To Be


With basketball and hockey winding down their playoff tournaments, weâre just a few weeks away from turning our collective sports-watching attention to baseball. Whether you love or hate baseball, you canât deny the sport carries with it some imaginative and downright strange mascot names. Ever wondered why a team has the name it does? Hereâs a quick history of baseball team names for a few of our favorites.

It may not be a flashy team name, but itâs a clever one. The Metropolitans hold the distinction of being one of Major League Baseballâs first expansion teams, and the teamâs inaugural season took place in 1962. The team was created after the Dodgers and Giants left New York City for California, and the nickname was chosen as a play off of âMetropolis,â which is one of several nicknames for New York City. Did you know the Metsâ colors and uniform design are a combination of all the past and present New York City baseball teams? The team borrowed pinstripes from the Yankees, blue from the Dodgers and orange from the Giants!

Region-specific names are always fun, and the Astrosâ name definitely pays tribute to Houstonâs involvement with NASA and the space program. The team started out as an expansion team called the Colt .45s in 1962 (same year as the Mets) but changed its name in 1965 to establish roots in its Texan home.

It isnât a big-league team, but the Biscuits of Montgomery has one of the coolest team names in the game. The team started out as the Orlando Twins, a minor-league affiliate of the big-league Minnesota Twins, in 1973. Once the team moved to Montgomery and decided to change mascot names, the Biscuits became an overwhelming favorite. Its logo is campy and fun (an anthropomorphic biscuit with a butter pad for a tongue), and team members shoot biscuits out of a cannon and into the stands at every home game. Fans can also be heard shouting, âHeyyyyy, butter, butter, butter,â to the opposing batter. Whoâs hungry?

The Aâs began with a run in Philadelphia and stayed there until 1954 before a brief stay in Kansas City and an eventual landing in the Bay Area, but how did the team get that name? Initially, the organization was an amateur athletic gentlemenâs club in the 1860s known as the Athletic Club of Philadelphia. When the Aâs became a professional baseball team in the late 1800s, the name stuck. In North American sports tradition, itâs been shortened into something of a mascot-esque name, but its roots are very similar to European sports clubs that go sans mascot.

This minor-league affiliate of the Colorado Rockies was initially referred to as the Albuquerque Dukes due to the New Mexican cityâs nickname of âDuke City.â Once team ownership decided it was time for a change, they looked to pop culture to find a new name. In an episode of âThe Simpsons,â Springfieldâs beloved baseball team, the Isotopes, leaves town to relocate to Albuquerque. The Dukesâ ownership decided that was too good a gimmick to pass up, and they changed their team to the Albuquerque Isotopes (ââtopesâ for short) in real life!

Known as the Aeros for the past several years, this Cleveland Indians affiliate changed its name in 2013 to pay tribute to Akronâs rubber industry. The city is the birthplace of famous companies such as Goodyear, Firestone, Goodrich and General Tire. The teamâs black and orange color scheme and ferocious-looking duck may try and instill a sense of intimidation, but we canât help but think of colorful little ducks floating in a bathtub.

The history of baseball team names is vast and varied, and theyâre bound to change as the years go on. Which oneâs your favorite? Let us know in the comments below!