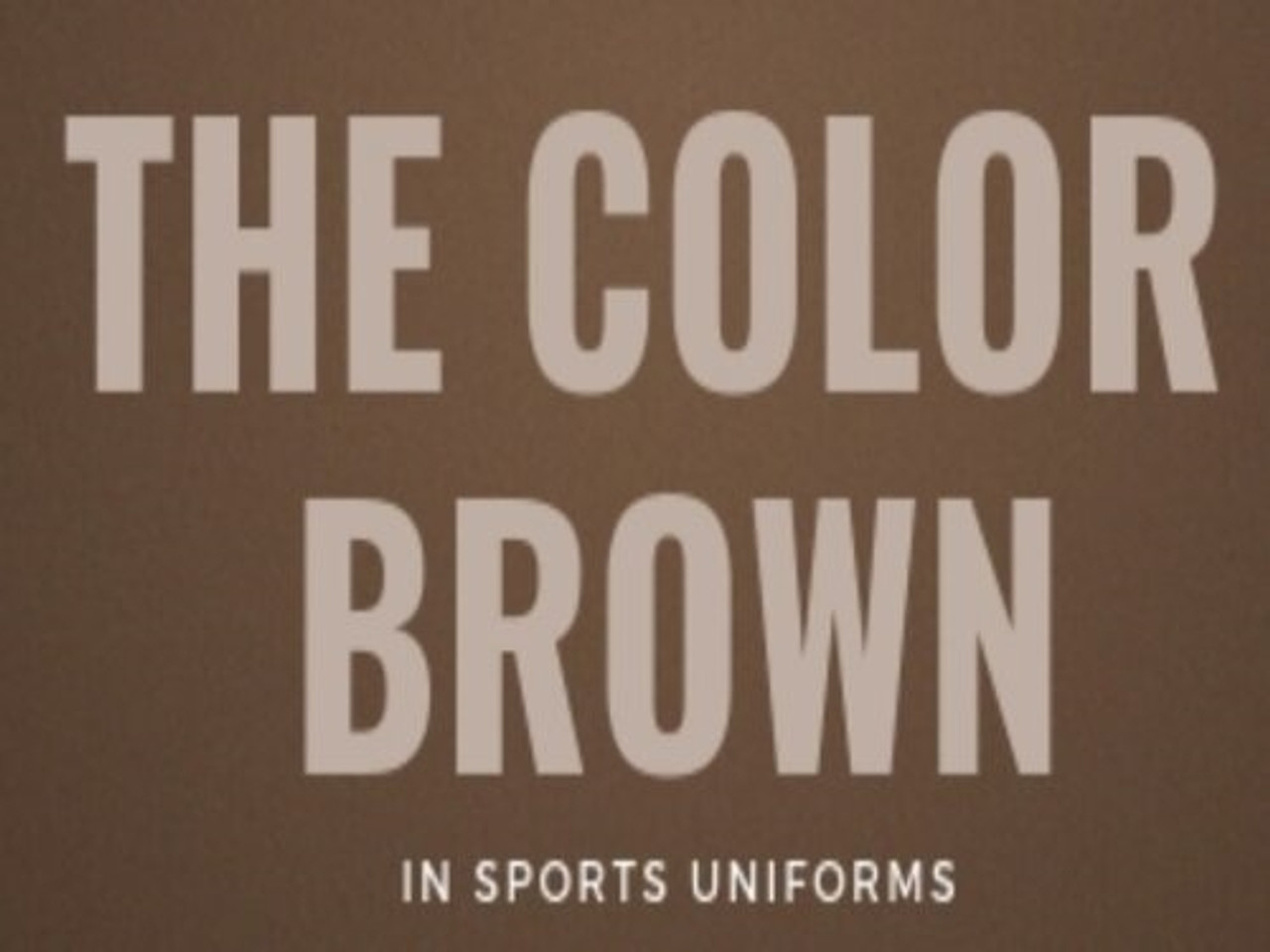 The Use of Brown in Sports Uniforms

The Use of Brown in Sports Uniforms

The San Diego Padres recently announced the team will be changing their uniforms ahead of the 2020 season, returning to the teamâs beloved brown-and-yellow color scheme last regularly worn in the 1980s. The move has been met with a lot of positive buzz, as the Padres have struggled to find a consistent and unique uniform since those days. While brown isnât a color we see too much of in sports on any level, it has its loyal users. Letâs look back on the color and some other instances of its use in sports uniforms past and present.

Cleveland Browns
This is an easy and obvious one. Since their inaugural 1946 season in the All-America Football Conference, the Browns have sported brown in some portion of their uniform. Named after their first coach, Paul Brown, the team relocated to Baltimore in the 1990s before returning as an expansion team in 1999 and sporting their same familiar orange, brown and white uniforms in a simple, logoless design. The team has since undergone some uniform tweaks that havenât been well-received, but word is they are looking to possibly change back to a traditional look. Weâre fans of the clean and simple look sported here by former running back Peyton Hillis.

St. Louis Browns
The who? You wouldnât be blamed for not knowing this past chapter of the current Baltimore Orioles. They started in Milwaukee as the Brewers in the late 1800s, and ended up relocating to St. Louis after the 1901 season and changing their name to the Browns. Youâll notice an orange-and-brown color scheme similar to the Cleveland football team, but we canât confirm if Paul Brownâs squad took a page out of St. Louisâs book for their color choice. The Browns experienced lots of success throughout their run but eventually fell into a prolonged period of losing, and ownership couldnât compete with the cross-town Cardinals. The team eventually packed up and moved to Baltimore in 1953.

Wyoming Cowboys
Jumping back to current sports, the University of Wyoming has proudly worn brown as their main color since inception. Legend has it the color scheme took root during an alumni banquet in the late 1800s, when brown-eyed Susan flowers decorated a banquet hall. Across all varsity sports, the color has an instantly recognizable association with Wyoming, and it just works.


Bowling Green State
The Falcons emphasize orange more than they do brown, but you can find alternate uniforms in brown across most of their varsity sports, especially baseball and softball. As the only university sporting this color combination, Bowling Green has owned the look at the collegiate level as much as the Cleveland Browns have in professional football.
Lehigh University
Lehigh has proudly sported brown since the 1860s. Brown is paired with a classic, shiny gold that reminds us of other colleges such as Boston College, Notre Dame, Georgia Tech, West Point and the Naval Academy. Itâs a clean, simple look the college has worn well over the years.


Valparaiso University
Depending on which sport youâre watching, the Crusaders could be yellow-clad with brown as a trim color or sporting their brown uniforms proudly. The story goes that a former university president, Henry Baker Brown, and his VP, O.P. Kinsley, helped usher in the school colors. Brown chose the color brown because of his last time, while his VP had blonde hair, hence the use of yellow.

Some other teams sporting brown include Western Michigan and Brown University, but thatâs a well-rounded list of the color being used in sports uniforms past and present. With San Diego set to reintroduce the color next year, perhaps brown will finally get the mainstream respect it deserves. What do you think of sports teams wearing brown? Is it cool and unique or garish and gross? Let us know in the comments below!