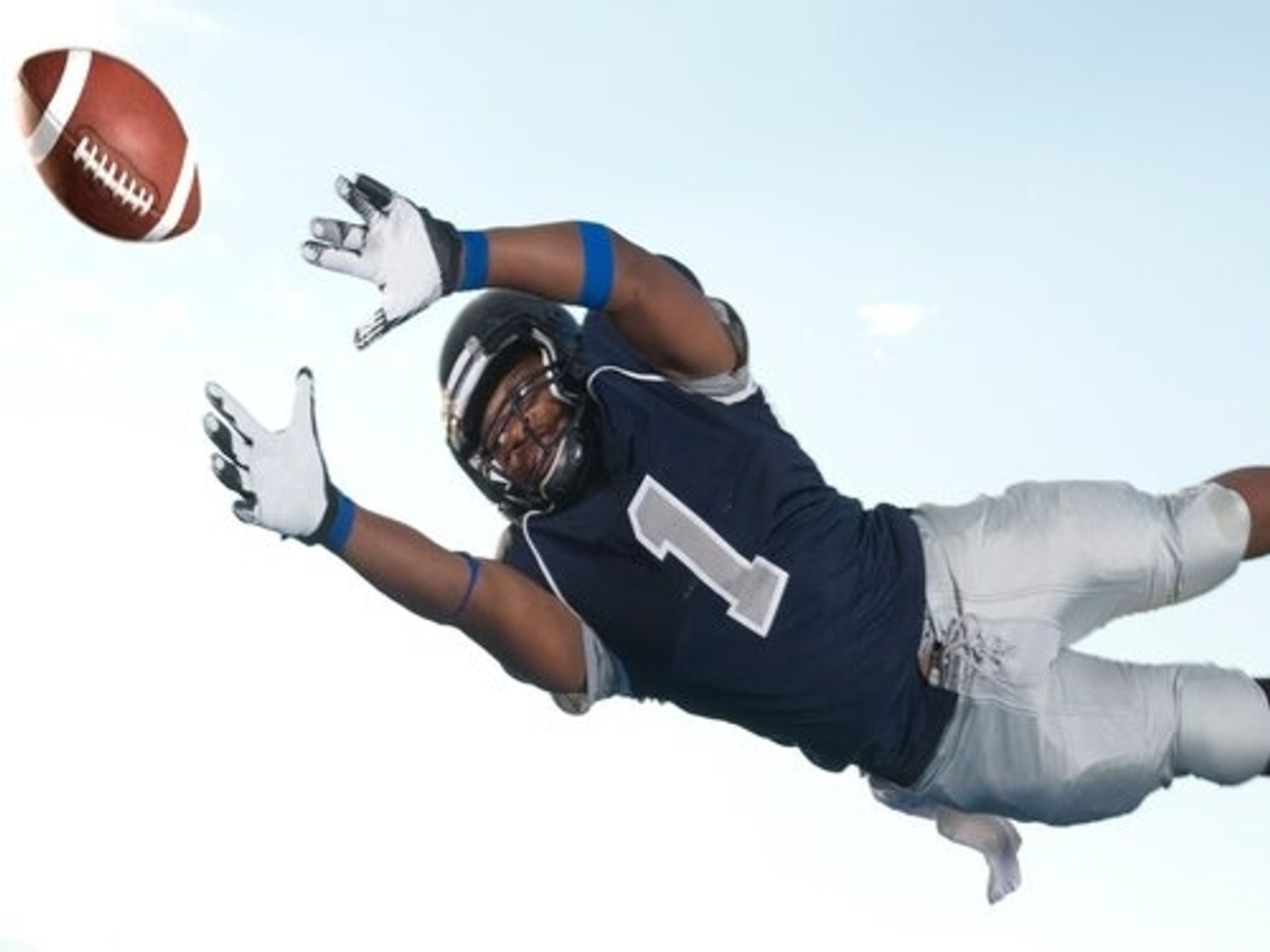 5 Iconic Color Schemes of the NFL

5 Iconic Color Schemes of the NFL


A true NFL fan will display his or her teamâs colors absolutely anywhere: on clothes, at home, across a bumper sticker and even painted on skin. A fan wears team colors with pride and isnât afraid to do so in both winning and losing seasons. But why do some teams have the colors that they do? Some teams have more obvious reasons than others, but they all have one thing in common: Their colors tell a passionate story of regional pride and history. Here are a few of those stories.

The Carolina Panthers joined the NFL on October 26, 1993, making the team one of the newest in the NFL. After much deliberation, it decided to be the rallying team for both North and South Carolina. The team wanted a name and color scheme to represent the power of the region, thus landing on the Panthers and a logo specially crafted to represent the geographic outline of both Carolinas. Inspired by the deep black of panther fur and a beautifully contrasting silver, the team landed on âProcess Blue,â just a few shades lighter than Dukeâs blue and a few shades darker than North Carolinaâs.

Normally, the Panthers wear white jerseys with white pants or black-and-blue jerseys paired with silver pants. There have only been a few exceptions to these combinations, one of which was in 2012 during a game against the Denver Broncos, when the team paired its black jerseys with new black pants. This all-black uniform won the "Greatest Uniform in NFL History," a fan-voted contest run by the NFL, in July 2013. While it is not clear whether the team will wear that uniform again, the Carolina Panther blue will always stand as one of the boldest in the NFL.

The Denver Broncos were founded on August 1, 1959, and made their debut in the NFL in 1960 with mustard yellow and white jerseys and brown pants. These original uniforms were borrowed and old and didnât excite the Denver crowds. Eight years later, the team revealed the âOrange Crushâ and bright-blue color scheme.

These were much softer colors and were quite unprecedented at the time. They drew large crowds, not only because of the interesting contrast, but also their ability to always be seen. The orange contrasts beautifully with the blue sky at games, making the Broncosâ stadium and crowds some of the most photogenic in the NFL. The colors stand out in rain, snow and fog and canât be washed out. The Broncos redesigned its logo and helmets with navy blue replacing royal blue and quickly became one of the most popular teams in the NFL. The Orange Crush continues to wear one of the most recognizable color schemes in the NFL today.

Joining the NFL in 1976, the Seattle Seahawks were the only NFL franchise in the Pacific Northwest region and still are today. As an expansion team, the founders had the opportunity to think about who they wanted to be and what their region stood for. Paying homage to Northwestern tribal art with the Seahawk logo, they created a slightly monochromatic color scheme with royal blue, lime green and a shimmery silver. A few decades later, the team debuted the âSeahawk Blue,â a slightly darker navy, with more metallic gray in the uniforms. No other team has used it previously, as it was custom made for the Seahawks by Nike.

This color scheme is another standout in the NFL. Many teams today have opposite tones as their official colors, but the Seattle Seahawks have found an image for themselves with two colors that blend well together while contrasting drastically. Seahawk fans are immediately recognized in a crowd and have a color scheme that beautifully represents the geographic region. The Seahawk Blue is a true standout in the NFL.

After 10 years of poor attendance and countless losses, and after moving home stadiums, the Boston Patriots joined the NFL as the New England Patriots as part of the 1970 NFL-AFL merger. The Patriots adopted the name for its regional historic nature: patriotism. And with the name Patriots, it was a given to have red, white and blue as the color scheme. Originally, the team had bright red uniforms, something no other team in the NFL had at the time. However, these were paired with a tri-corner hat logo that was very hard for fans to make out. Pat the Patriot, a new logo with a patriot hiking a football, replaced the hat, but when the team continued to lose, it needed to be revamped, starting with its image.

The Flying Elvis, the logo the team uses today, was rolled out in 1993 along with dark-blue and white uniforms. This was the beginning of the teamâs winning streak and sparked its seven Super Bowl visits and four Super Bowl wins. The colors are classic and American and represent the region with pride.

On August 11, 1919, the Green Bay Packers were founded, later joining the NFL in 1921 as the third oldest team. Founder Curly Lambeau received funding from his employer, the Acme Packing Company, which is where the name Packers comes from. Lambeau, a graduate of Notre Dame, borrowed the schoolâs navy-blue and gold as the teamâs original colors. It wasnât until 1950, when the team added green in an effort to separate itself from the university, that it became the recognizable team that it is today.

The teamâs current color scheme is a yellowy gold and forest green. Its uniform combination of green, white and gold was adopted right after Vince Lombardi arrived in 1959. The team redesigned its logo to include the iconic oval âGâ and put this mark on the side of every helmet. This unique yet simplistic design perfectly represented the loving community-owned team and its fans. Forest green is one of the least-used colors in the NFL but is still packed with Green Bay Packer pride.

What's your favorite color scheme in the NFL? Is it different than what your favorite team wears on game day? Sound off in the comments below!