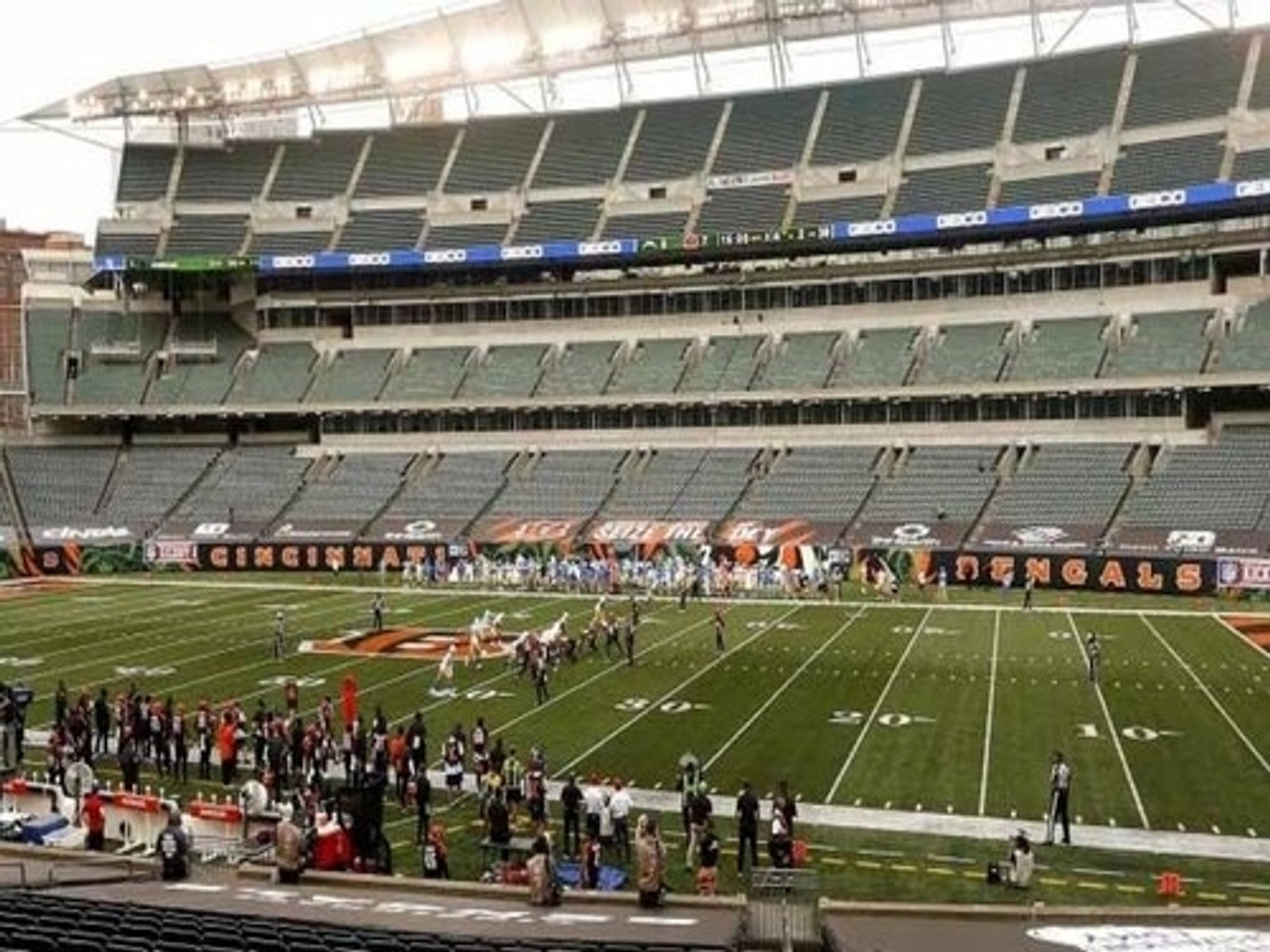 Top 5 Moments from the Year Sports Got Cancelled

Top 5 Moments from the Year Sports Got Cancelled


With 2020 coming to a close and all of the yearâs major team-based sports showdowns done for the time being (college football playoffs start up in January), we wanted to take a look back and pull out some of those threads of sports greatness that occurred the year sports got cancelled.

At the start of 2020, no one thought that the COVID-19 pandemic would have the impact on our sports industry that it did. Professional basketball and baseball were the first major leagues to face the pandemic, and both took very different routes to still play the game and keep fans and athletes safe.

Letâs look at the top 5 moments from the year that sports got cancelled.

The Success of NBAâs Basketball Bubble 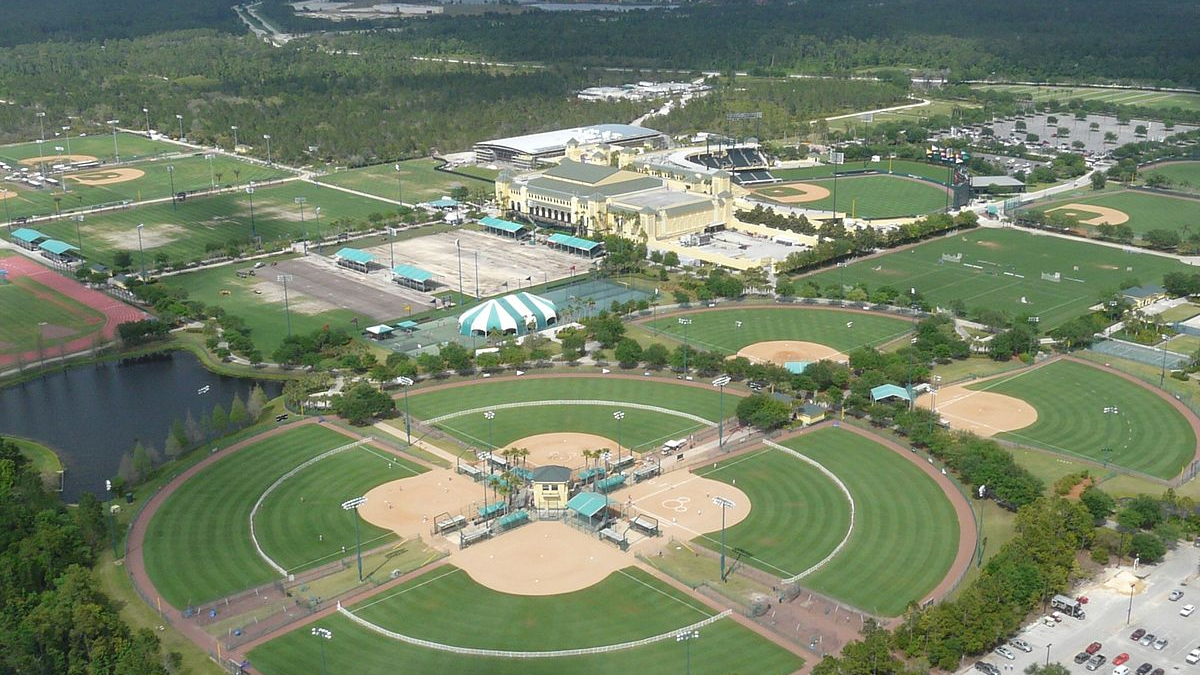 When the NBA announced that they were going to continue a suspended season in a âbubbleâ from Orlando, FL, the sports world was skeptical to say the least. It was a logistical feat to accommodate 30 teams and all the necessary infrastructure, and the NBA managed to institute the bubble and finish out the season without any COVID-19 outbreaks.

Some of the standout moments include: 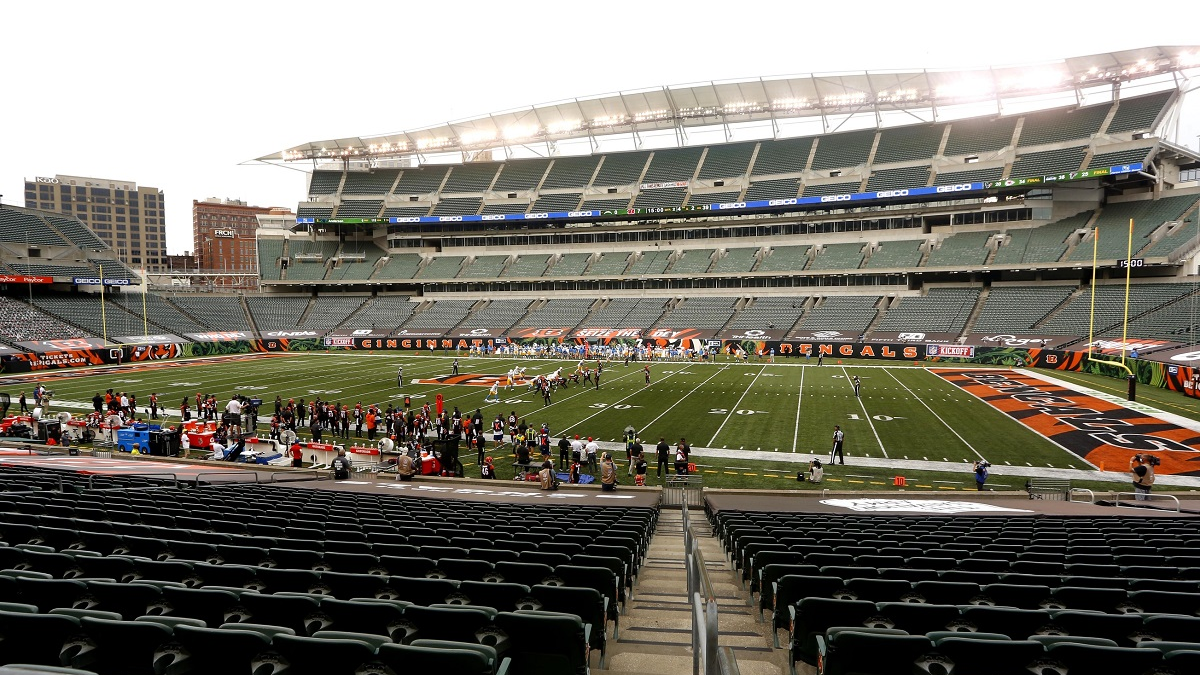 In early 2020, a friend who is a big soccer fan tuned into a Premier League game. This was early on in the spread of pandemic and broadcasters hadnât quite figured out how to prevent the abundant silence and obvious lack of fans from bringing down the TV audience. It was a silent and awkward match to say the least.

Leave it to American sports teams to figure out a way to pretend as if nothing ever happened. Teams began adding lifesize cardboard cutouts to the stands, creating a nice little chunk of revenue in the process. While the cutouts were fun, the big story here is the attention to detail that teams paid to their piped-in crowd noises, both in the actual stadium and on tv.

The NFL tapped the same team behind popular video games like Assassin's Creed. They used an audio software program called Wwise to map out different crowd noises and determined when and where to apply them to games in highly nuanced ways.

From the Washington Post: âFor instance: a four-yard run by Saquon Barkley is a low positive reaction from New York Giants fans. A first down pass by Aaron Rodgers in Green Bay probably would earn a medium positive response. But if Tom Brady throws a game-winning touchdown pass to Rob Gronkowski in Tampa Bay, cue the peak setting. There are also four different settings for the crowd noise that builds before every play, denoted by levels 1, 2, 3 and âraucous,â which would be used, for example, on fourth and one with the home teamâs defense on the field in the fourth quarter.â

Now, when you watch the NFL, NBA, or MLB, you hardly even notice the empty stands. So cool. 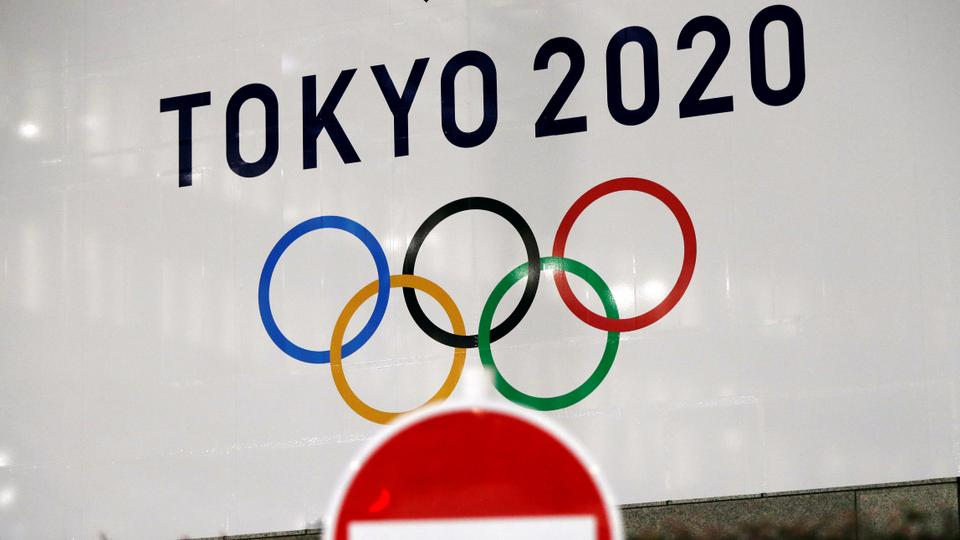 With the bipolar political climate of 2020, the Summer Olympics would have been a godsend of unity. A singular event that all Americans could get behind and unite under. But, as with many things that didnât pan out this year, the Olympics were cancelled indefinitely, leaving us to stew in our homes, avoiding each other (and the heat), and hoping that things can get back to normal as soon as possible.

Funnily, Tokyo and Olympic officials were fully planning on hosting the games this year, even as COVID-19 reared its ugly head across the world. Only when qualifying events started did the organizers start to get worried. Additionally, COVID concerns put a damper on the IOCâs ability to monitor doping tests. The games were officially cancelled in late March with a tentative reschedule date for July 23, 2021.

If the games canât happen in 2021, it's estimated that Japan will lose more than $40B US dollars in facilities, infrastructure, and lost tourism revenue. 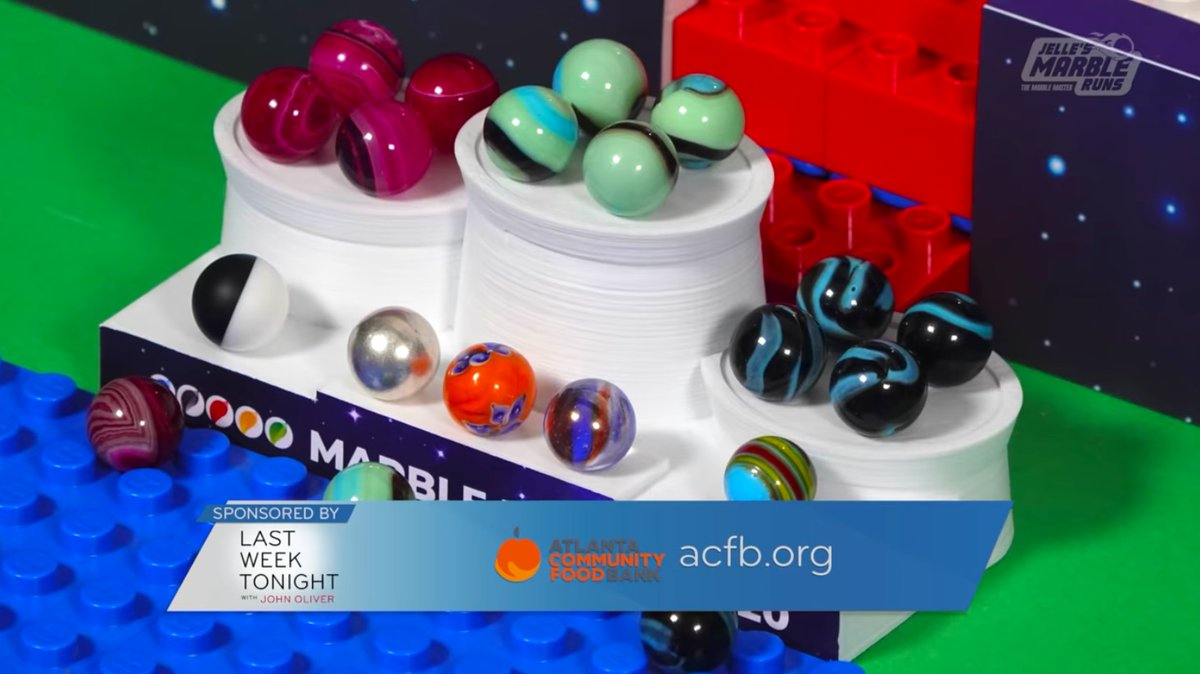 The lack of major sports leagues really allowed other overlooked sports to take some of the spotlight. Cornhole, darts, bowling - they all got their moments in the sun. But one of the bigger success stories was a sport called marble racing and the unlikely sponsorship of John Oliverâs Last Week Tonight.

The sport is an unlikely fan favorite. Marble races are conducted in teams and showcase individual marble racers with real backstories, fans, and competitive records. This, marble racing fans argue, makes the sport that much more enjoyable. You can read about marble racings big time sponsorship here.


âBlaseballâ Becomes the Most Relevant Sporting Event of 2020 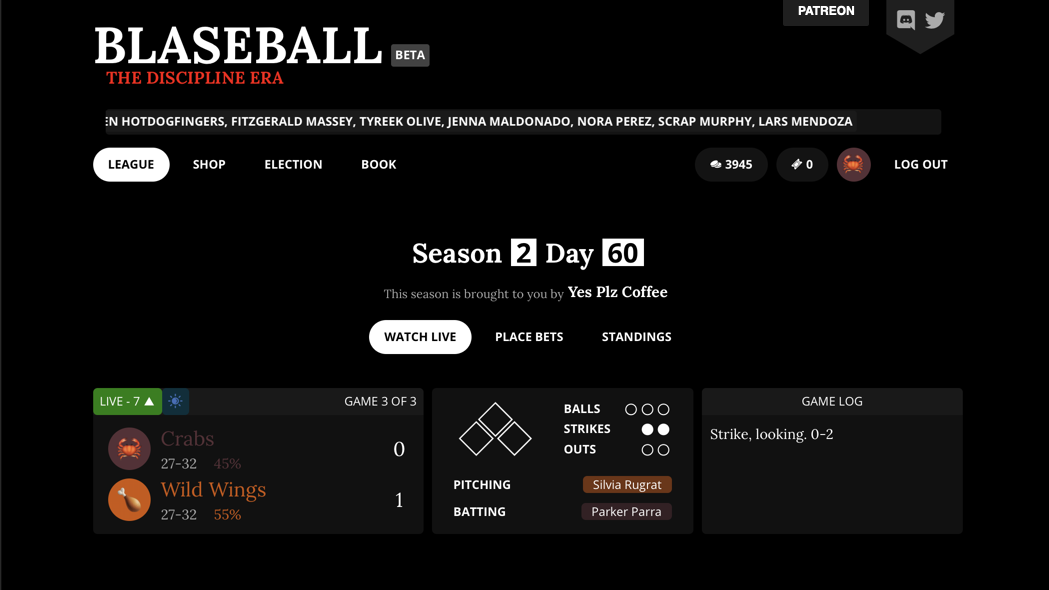 If any type of sports trend was going to take over in 2020, we would have put our money on one that offers fans the biggest âescapeâ from real life. Blaseball is a browser-based RPG that combines the creative fantasy of a DND match with the statistical tediousness of baseball.

Similar to what fans love about Marble Run, Blaseball is rife with team and player backstories, giving fans plenty to dig into during each season (which only lasts a week apparently). There are two leagues, the Mild League and the Wild League, which each have 10 teams with amazing names like the New York City Millenials, the Breckenridge Jazz Hands, and the Seattle Garages.

Weâre still not 100% sure how Blaseball works, but theyâve got a great Wiki page where you can read about previous playoffs and get to know the teams.

Hereâs a gem describing the first âeraâ of Blaseball:

âThe Discipline Era is the First era of Blaseball. It was declared by the Blaseball Gods beginning at the end of Season 1, as a direct consequence of Opening the Forbidden Book. It culminated in Season 10, Day X, which saw the defeat of The Shelled One. The meaning or purpose of Discipline has never been explicitly stated, but it is widely understood to be an era marked by Blaseball fans undertaking forbidden acts and generally engaging in un-discipline.â