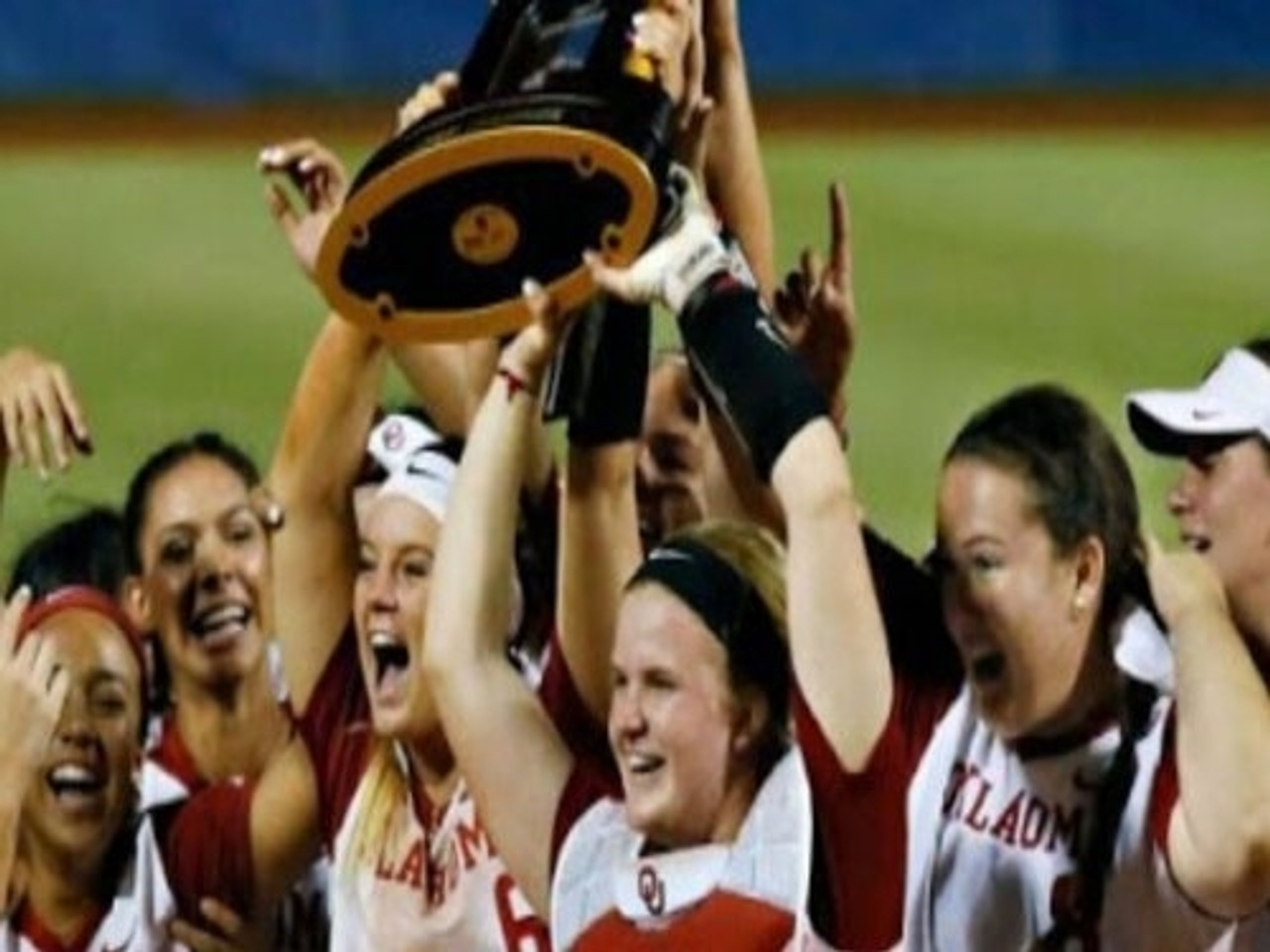 
The Oklahoma Sooners just beat the Florida Gators for the softball national championship in the Womenâs College World Series, including a 17-inning thriller in Game 1. If you havenât paid close attention to the WCWS over the last few years, you might think weâve been watching reruns of the games each year. Thatâs because either Oklahoma or Florida has been in the softball championship round for eight of the last nine years. That sort of dominance is almost unheard of, and it got us thinking about college softball teams that have mopped the floor with their opponents over the years. In no particular order, here are five of them.

1.UCLA â From WCWS inception to now, the UCLA Bruins have mauled team after team on their way to a staggering 12 national titles on 19 tries. Another ridiculous statistic: the Bruins only lost double-digit games one time over any of those championship seasons. Get used to the baby blue and yellow on your T.V. screens for years to come.

2.Arizona â 13 times in the championship series, the Wildcats have walked away with eight titles to their name, with the most recent one coming in 2007 and their last appearance in 2010. While the team didnât make it into the national title picture this year, they hit .341 as a team, barraging defenses with their timely hitting. As a show of the stiff competition in Division I, that average was only good for fourth best in the country.

3.Florida â The Gators from Gainesville are no strangers to the national championship stage, making five appearances since 2009 and winning twice. They know their way around a softball bat, but itâs their defense thatâs gotten the attention. This year, Kelly Barnhill led all of DI college softball with an unbelievable earned run average of 0.51. Just over half a run allowed per game. As a team, the Gators lead the nation with an ERA of 0.81. Teams might as well have conceded defeat after the first batter of each game.

4.Oklahoma â The other fixture in recent championships, the Sooners are 4-for-5 in national title series and are quickly looking like the next major softball dynasty. They were a top ten team in earned run average this year, batted over .310 as a team, hit a ridiculous 66 home runs and 99 doubles, and struck out only 91 times on the season.

5.Minnesota â The Gophers are new to the national spotlight in college softball, but we donât see them having a short stay. This year, the Golden Gophers batted .342, batted in 406 runs over 61 games, pitched a 1.19 team ERA and struck out 462 batters to just 240 hits. Theyâve got tough competition in some of our other entries on the list but look for Minnesota to hang around the WCWS title picture for quite a while with their mostly-underclass squad. Five straight trips to the post-season shows they mean business.

Who do you think is going to dominate softball headlines next season? Are we in for more of the same or will someone dethrone the Gators and Sooners? Share your thoughts with us in the comments section below!