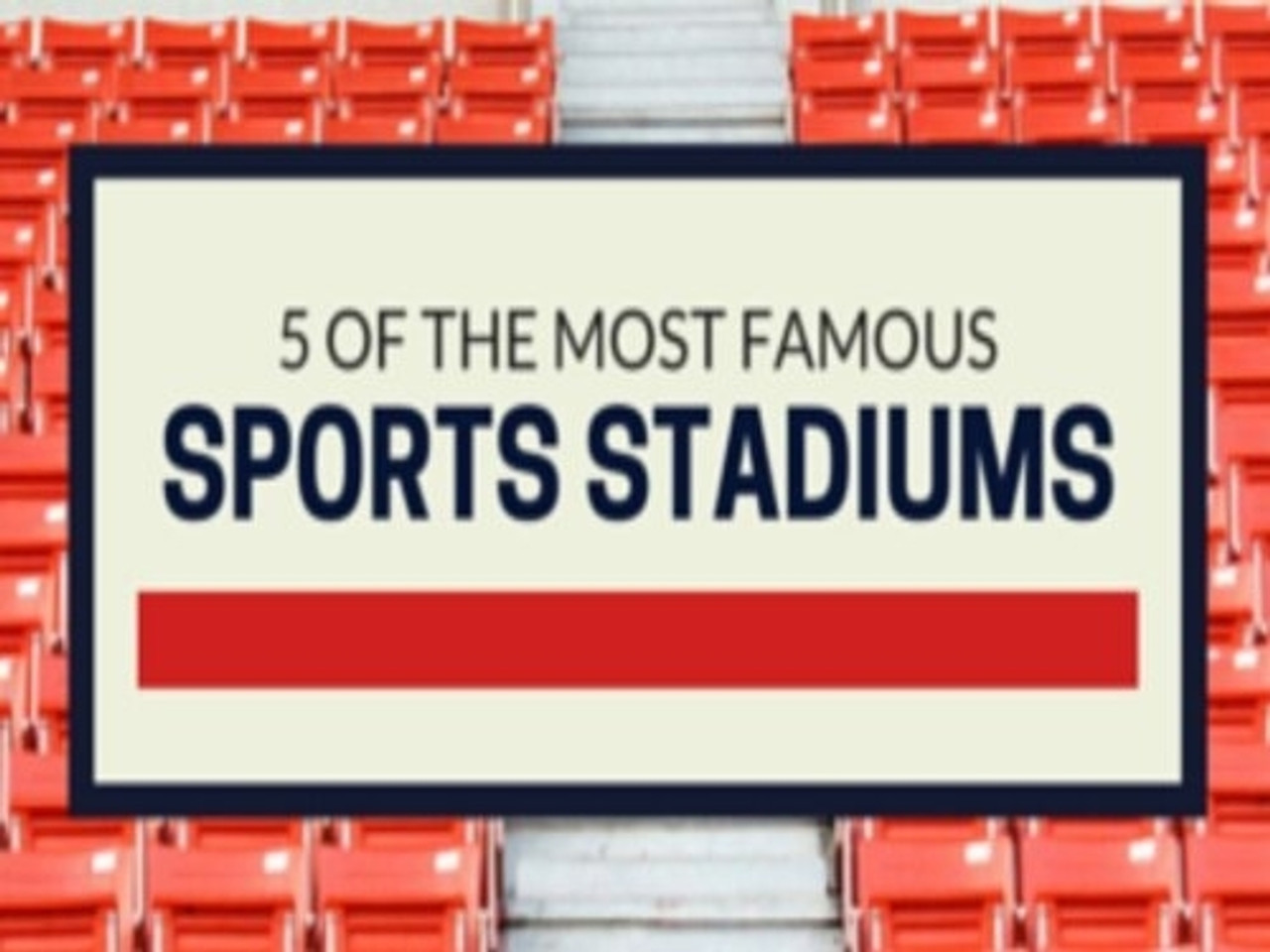 5 of the Most Famous Stadiums in Sports

5 of the Most Famous Stadiums in Sports


With baseball in full swing, basketball and hockey in the middle of their respective playoff tournaments, football just coming off the hype of their annual draft, college football gearing up for the fall season and soccer leagues wrapping up their regular season in preparation for European tournaments and the Olympics, sports are clearly in full swing all around the globe. Thatâs got us thinking about all of the historic and iconic places that are hosting games in the next few months. We canât possibly touch on all of them, but here are some fun facts about five of the most historic stadiums in all of sports:

1. Madison Square Garden â The Garden has had several different iterations over the years, but the arena as it currently exists opened in 1968 and has hosted plenty of great moments and championships for the New York Rangers. While it has its fair share of design quirks that have required several renovations over the years, the amount of unforgettable sports moments the venue has hosted make it a sports mecca. Did you know the continentâs first artificial ice rink opened at Madison Square Garden in 1879?

2. Fenway Park â The iconic home of the Red Sox opened its doors for games in 1912. Many of its unique design elements, such as the uneven outfield wall dimensions (and the massively tall left field wall known as the Green Monster), have been copied by dozens of more modern baseball venues to one degree or another. Fun fact: The Green Monster wasnât always green. The park was open for 35 years before the wall was painted and got its famous moniker.

3. Lambeau Field â While it may have undergone some renovations in recent years to bring it up to date, Lambeau Field has long been considered an American football landmark. Initially called City Stadium, it was renamed after former coach Curly Lambeau and is the oldest stadium in the NFL. Did you know it also hosted the coldest NFL game on record? The temperature during the 1967 NFC Championship against the Dallas Cowboys was a balmy, comfortable -25 degrees.

4. The Palestra â The home of several of the University of Pennsylvaniaâs varsity sports teams opened in 1927 and, at the time, was one of the largest basketball arenas in the world with a standing capacity approaching 10,000. Design-wise, it was one of the first in a wave of arenas that were ahead of their time in featuring a suspended roof without any view-obstructing posts. Its arched steel beam design gives every spectator the best seat in the house, and its style has been replicated in arenas across the nation. Dubbed the Cathedral of Basketball, the Palestra was named by Dr. William N. Bates, a Greek professor at Penn. âPalestraâ is an ancient Greek term referring to a rectangular enclosure attached to a gymnasium where Greek athletes would compete in front of an audience. The term fits, since the Palestra is attached to Pennâs Hutchinson Gymnasium and hosts basketball, wrestling and volleyball.

5. Wimbledon Centre Court â Youâd probably be hard pressed to find any tennis fans decked out in striped overalls at this venue, but that doesnât change the fact that itâs one of the most iconic locations in sports. Built in 1922, Wimbledon has hosted some of the most storied matches in the sportâs history and is still considered the pinnacle of tennis competition. Fun fact: Unlike other tennis tournament locales that have become more relaxed over the years when it comes to attire, any player who sets foot at Wimbledon must be clad almost entirely in white. Not even shoes can feature another color.

There are plenty of places around the world to catch a game, but itâs the historic places that set the standard for all the venues that followed, and the history of those famous stadiums is what fans cling on to. What are some of your favorite moments from your favorite stadiums? Share them with us in the comments below!