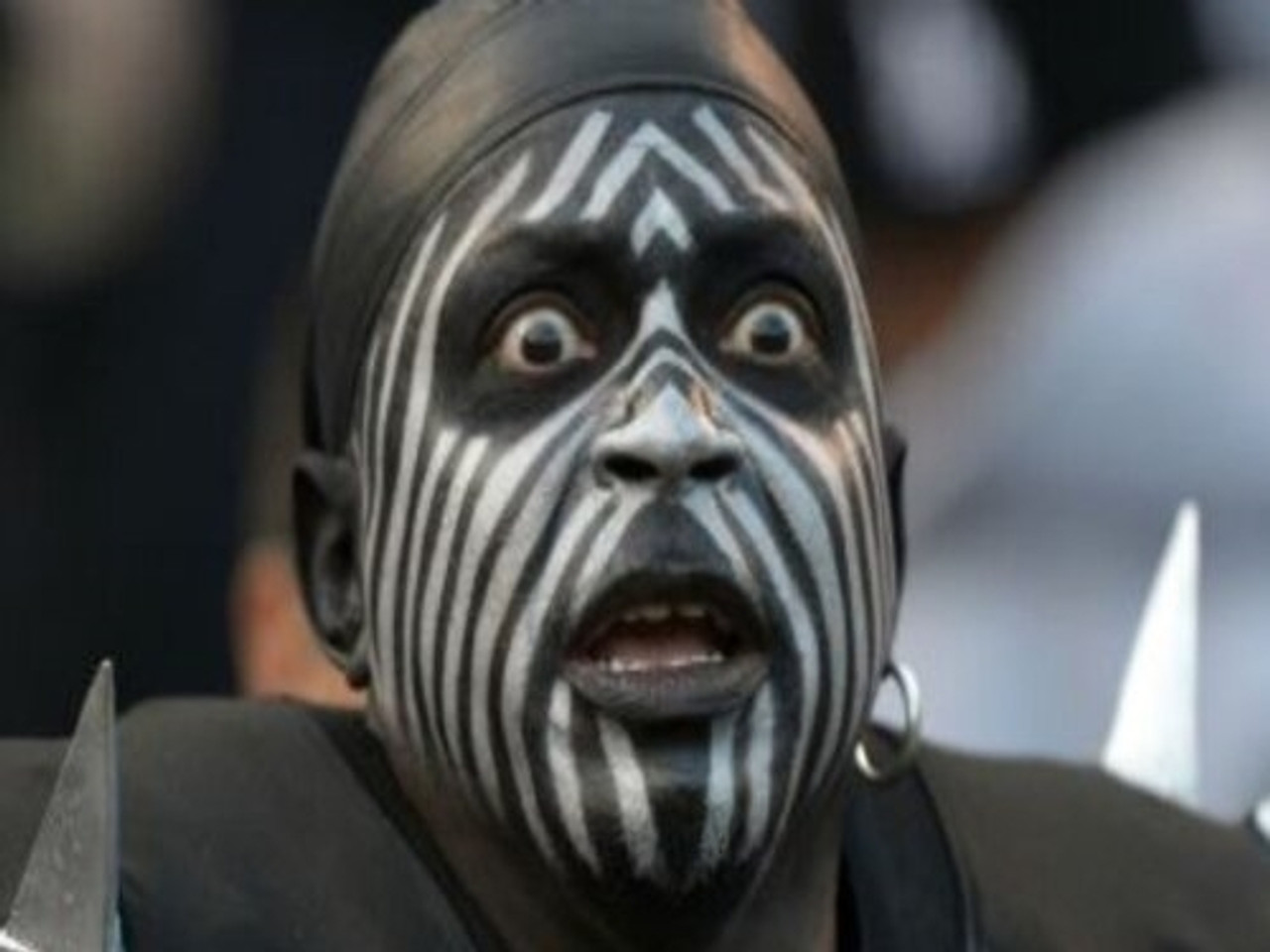 The 5 Spookiest Fanbases in Football

The 5 Spookiest Fanbases in Football

Every sport has its passionate fans, but football tends to bring out some of the more creative and diehard fanbases. From homemade costumes and lots of face paint to pre-game rituals, fans of certain teams just do it better and scarier than everyone else. In celebration of Halloween, here are five of the spookiest fanbases in football.

1. Oakland Raiders
No discussion about football fans is complete without Raider Nation. What started in the teamâs first stay in Oakland as a counterpoint to San Franciscoâs white collar vibe, fans of the Raiders go big every game. Every jersey is accented with face paint, anything black is repurposed for the game and it generally feels like youâre in a Mad Max movie if you happen to be sitting in Oaklandâs famed Black Hole fan section. Enter if you dare.

2. Cleveland Browns
The team may be in the midst of a historically bad stretch, but that hasnât stopped their fans from coming out in droves (or packs). The teamâs most passionate fans sit in the Dawg Pound section and wear a variety of dog masks over their faces. What started as a few droopy Bloodhound masks has gotten spookier and creepier over the years, including wolves and 3-headed monsters like this one. Good dog.

3. Seattle Seahawks
In the city known for its incredibly loud fans and â12th Manâ deafening noise, Seahawks fans have begun to embrace their teams colors in recent years and taken a page out of Raider Nationâs playbook. Enter this horrifyingly muscular creature. Whether youâre seated next to Hulk 2.0 or a face-painted screaming fan, itâs not the most inviting environment.

4. Green Bay Packers
These fans are more crazy than they are spooky. In Americaâs Great White North, thereâs a battle going on between NFC North Bears and Packers fans for who can withstand the coldest game temperatures possible. As least theyâre wearing beanies in this photo. Weâre shivering just looking at them and thinking of the head cold that likely soon followed.
5. Philadelphia Eagles
Youâre likely to run into nightmarish fans like this one here, but the spookiest thing about Eagles fans is their relentlessness. If you stand out in the crowd during an away game, expect to get incessantly heckled by the Philly faithful. Make any kind of public gaffe? Youâre public enemy #1. Keep your head down, wear neutral colors and reserve your celebrations for the car ride home.

So there you have it: Our top five spookiest, most intimidating, scariest fanbases in football. Did we miss any? Did we get any wrong? Let us know in the comments below, and have a Happy Halloween!