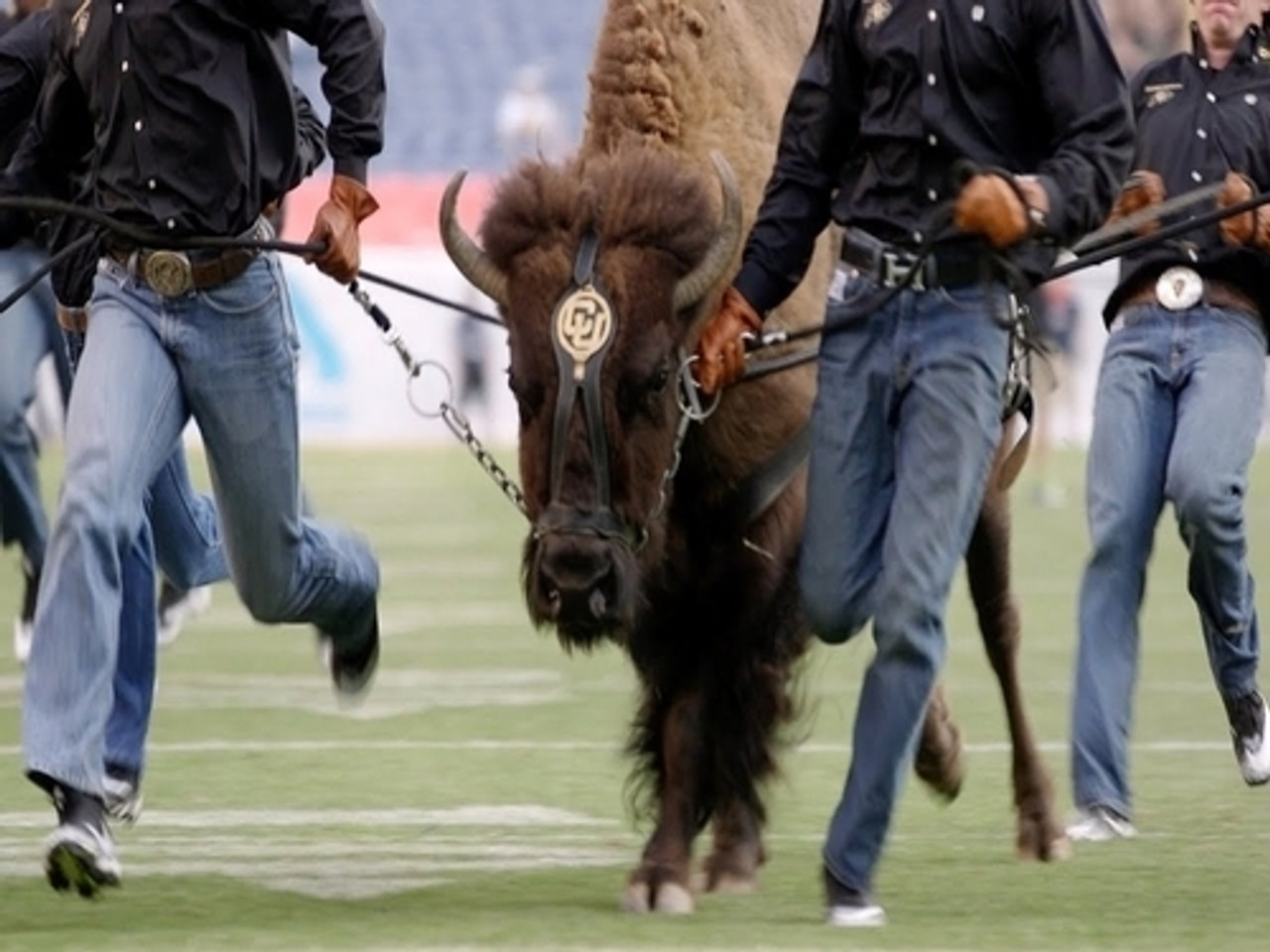 The Best Entrances in College Football

The Best Entrances in College Football


Nothing gets the crowd on its feet and the energy level rocking like a great entrance by the home team. In college football, entrances are a time-honored tradition, with plenty of schools developing routines that are equal parts nostalgia and intimidating. Weâve pulled together a short list of what we think are some of the top entrances in college football. Letâs see if you agree.

Colorado runs a live buffalo out onto the field before every football game. Since 1967, the university has been doing this unique (and absolutely terrifying) routine with a line of buffaloes all named Ralphie. The animal is carefully handled by a team of runners all holding straps, but the idea of a thundering beast running at full speed gives us nightmares.

Clemsonâs football team runs down a hill as they enter Memorial Stadium. At the top of that hill is Howardâs Rock, which each player touches before making the sprint down to the field. Thereâs nothing quite like 100 or so big football players round down a hill at full speed, and their entrance gets the Tigers fans in the right frame of mind for a big game.

Virginia Tech plays Metallicaâs Enter Sandman before their football team takes the field and has been doing so since 2000. Imagine 65,000+ screaming and jumping fans while that iconic guitar riff blares through the loud speakers. Then imagine all of them losing their minds as soon as the football team rushes out of the tunnel. As one of the most famous college football entrances, Virginia Tech certainly knows how to build the hype.

The Tennessee Volunteers run through a massive T comprised of the Pride of Southland Marching Band before every home football game. Thereâs no smoke or build-up, but pair this tradition with the fact that Tennesseeâs stadium holds more than 100,000 fans and youâve got a chilling, memorable college entrance that shouldnât be missed.

The Auburn Tigers let an eagle soar through their stadium before kickoff. You read that right. Although Auburnâs mascot is a tiger, their more-than-a-century-old battle cry features the iconic âwar eagleâ phrase, so an eagle and its handler have been a staple of pre-game traditions in Auburn for years.

What do you think are some of the best college football entrances? Share them with us in the comments below!