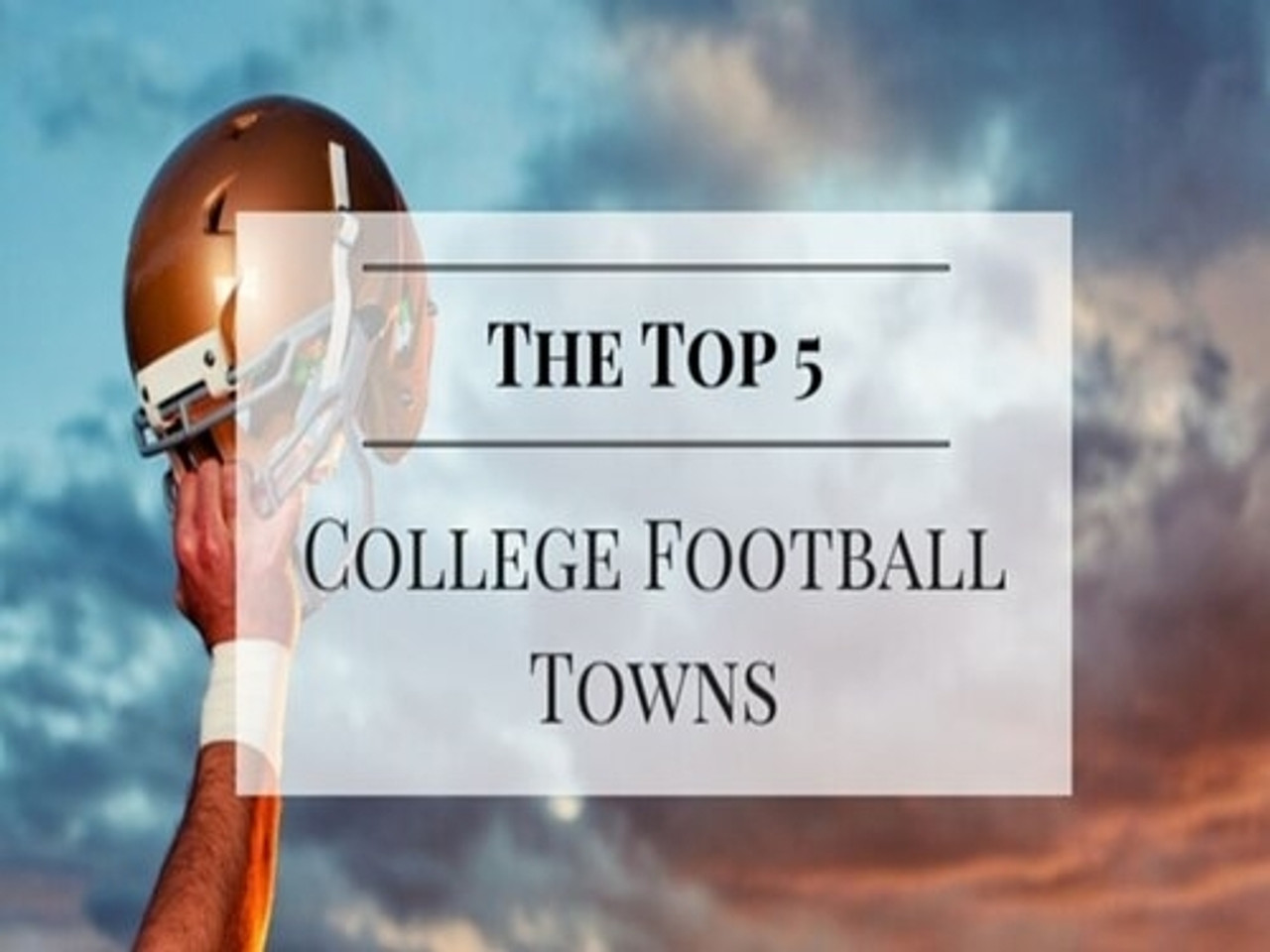 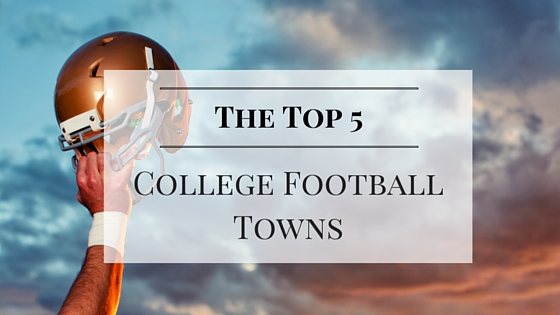 
Itâs just a matter of weeks before college football sweeps the nation once again. Most of us will be catching the must-see matchups from the comfort of our living rooms, but if youâre one of the lucky few to go see a game in person, youâll get to enjoy all the pomp and circumstance that comes with game day in a college town. Here are a few of the top college football cities to visit for the best game day experience.

1. Ann Arbor, MI â The city the Wolverines call home has long been a mecca of college football. Not only is the stadium gigantic and always garners a raucous, passionate crowd, but the city has a great selection of local eateries and breweries that can accommodate crowds after a big win. The landscape is also ridiculously picturesque in autumn which has given Ann Arbor its âTree Townâ nickname.

2. Baton Rouge, LA â LSU owns the night on home games. With a nearly unblemished record playing in front of their home crowd under the lights, the Tigers and their eardrum-ringing crowd are a force to be reckoned with. Soak up those early beers with the inevitable spread of Cajun food youâre going to find in a sea of tailgates, many of which have been there for years and have their own specialized tailgating gear, group name and history.

3. Austin, TX â Home of the Longhorns, Texasâ capital is a must-see spot for college football. While the on-field product has experienced some growing pains over the past few years, the stadium atmosphere is always top notch and the surrounding area is as well. Great barbeque within walking distance, a huge selection of bars, relaxing down near Town Lake and catching some live music are just a few of the things you can do before and after the big game.

4. Eugene, OR â Since the Ducks became a mainstay in the college football elite, their hometown has football fans flocking. A pristine, state-of-the-art stadium draws huge sellout crowds for every game, the city is nestled in a valley of over 40 breweries and great outdoor activities are just a short drive away in any direction.

5. Blacksburg, VA â Much like Longhorn fans, those who support the maroon-and-orange-clad Hokies have had a rough go of it for the last few years when it comes to wins and losses. None of that takes away from the beautiful scenery on the Virginia Tech campus and the great football traditions. Wander through the beautiful fall colors on your way to a tailgate loaded down with hearty football grub, watch the team and cheerleaders parade into the stadium, jump up and down with 60,000+ fans to âEnter Sandmanâ when the Hokies enter the field and grab yourself a skull-sized turkey leg to munch on during the game. Thereâs nothing quite like a football game in Blacksburg on a cool, crisp night.

Whether itâs the tailgating, the stadium atmosphere or the city getting involved, these spots have proven to be some of the best college football towns in America. Got one you think should be on this list? Let us know in the comments below!